**Must live outside a 50 mile radius of Bucknell Golf Club

December 21, 1929 • The Bucknell Board of Trustees unanimously approved a motion by Mr. William H. Thompson, of Hightstown, New Jersey, that the Board complete the payment for the farm purchased by Judge Albert W. Johnson, for the purpose of constructing a golf course.

February 28, 1930 • Professor James P. "Scottie" Whyte announced that Mr. Emil Loeffler, noted golf architect, had been retained to design the course, his brother, Mr. Archie Loeffler supervised the construction of the golf course at a cost of $15,000, a major part of which was borrowed on the endorsement of several members, namely, Frank Burpee, "Scottie" Whyte, James McClure, and Robert Matz.

October 31, 1930 • Ernie Graner, '33 was the winner in the 18-hole medal tournament held as a feature of the formal opening ceremonies of the Bucknell Golf Club, held on Homecoming, 1930. His score was 88.

Spring 1931 • Harold L. Evans came to Bucknell Golf Club in the spring of 1931 as Caddie Master under Professional Murray Butler. He succeeded Butler in 1932.

July 1, 1932 • The golf course is entered on the University books at $9, 500, with the note that it was purchased with a gift of $6,000 from William H. Thompson, a member of the Board of Trustees, and collections from members, most of whom were Founders of the club, in the amount of $3,756.

Summer 1967 • Difficulty in growing grass on the red shale of the five new holes across the road led to the installation of a fairway watering system, including a pond in front of # 9 to serve as a reservoir for the water supply. Total cost of these improvements was $25,000.

Spring 1979 • Wendell B. Bertram was promoted from Assistant Professional to Golf Professional.

October 5-12, 1979 • The Bucknell Golf Club celebrates it's 50th Anniversary. The festivities were finalized with a Golf Clinic and Exhibition by Dave Marr, 1965 PGA Champion and ABC Sports Commentator.

June 15, 1990 • The new clubhouse facility opens. The project consisted of new dinning area and kitchen, new men's and women's locker rooms and updated pro shop and office space. Contributions to the clubhouse project totaling $1500,000 helped to defray the cost of $570,000.

March 9, 1991 • The new practice putting green opened. "The Evans Green," as it was named with a gift from James and Patricia Apple, was built according to guidelines provided by the United States Golf Association.

June 28, 1991 • Dedication of the new clubhouse facility. Gary Fry, President of the Bucknell Golf Club, provided opening remarks detailing the steps taken by the Board of Directors from the origin of the project in 1986 until its completion. Ellis Harley followed and closed the dedication with recognition of a special gift. Fred Kessler '62 and Virginia Reeser Kessler '63 were honored for their contribution to the Bucknell Golf Club Clubhouse Facility by naming the tenth hole in their honor.

December 11, 1991 • Jeff Ranck reported to the Board of Directors that the search for a superintendent had concluded. The position was offered to Charles Lincicome 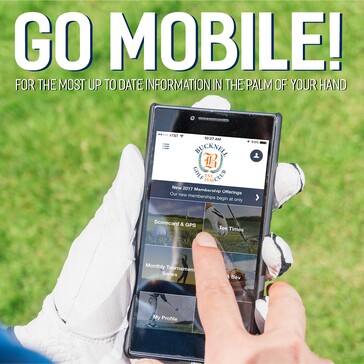 Download our FREE Mobile App!
Everything you need to have the best experience on and off the course. Features include:
Learn how it works ➔ VIDEO

A member of our staff will be in contact with you shortly. 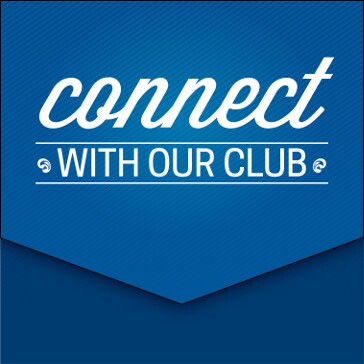 Connect With Us!
Don't miss out on specials, events, and more! Sign up for email notifications and more! 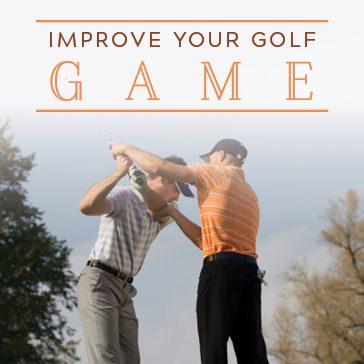 Improve Your Golf Game
At the Bucknell Golf Club, our PGA Professionals are certified to teach every level of golfer, from beginning to scratch players - learn more here 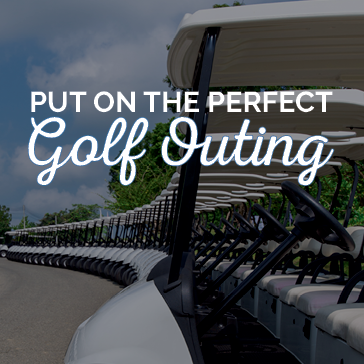 Have Your Visited Our Revamped Grill?
Click to view our new menu!