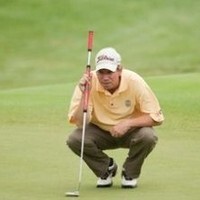 Brian Kelly is the Head Golf Professional at the Bucknell Golf Club. Before becoming the Head Pro at Bucknell, Brian worked as an assistant at the Clinton C.C., Frosty Valley C.C. and the White Deer G.C. Brian has been teaching all levels of players for 30 years. He is also an accomplished player having won the Philadelphia P.G.A. Section Championship in 1995, 2000 and again in 2005, the Pennsylvania Open in 1987, and the Philadelphia Open in 2000 and 2003. He also competed in the 1990 U.S. Open at Medinah C.C. in Chicago.

HOW TO BOOK A LESSON WITH BRIAN